Presumably coming from the Greek word "pelagos" meaning open sea, located almost in the middle of the Adriatic sea, the Palagruža archipelago rightfully carries its name.

Jewels in the crown of Dalmatian islands 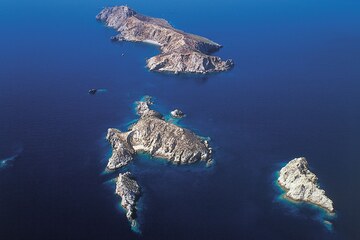 These islands of exceptional beauty are Croatia's most southern land mass. With caper bushes growing everywhere full of gorgeous white-purple flowers, oleander, wormwood, beautiful but dangerous spurge, the whole Palagruža archipelago is a nature reserve. Among numerous plant and animal species many of which are endemic, most famous is the Mediterranean monk seal whose survival in the Adriatic was recently definitively confirmed. It is believed to be the second-rarest pinniped and one of the most endangered mammals in the world. The surrounding waters with abundance of sea life including moray eels, forkbeards, lobsters, figs also known as Adriatic barracudas, and other fish species rarely found elsewhere make the Palagruža archipelago Adriatic's richest fishing area.

Palagruža and the Trojan War 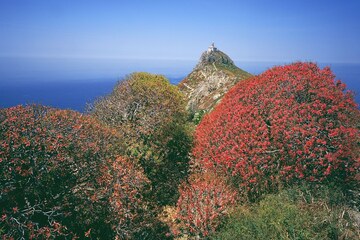 Archaeological findings dating from the early Neolithic show that even back then people sailed, not only along the coast, but also across the Adriatic. Making the crossing much easier, the magnetic beauty and peace of these secluded islands attracted many civilizations. Numerous findings of finely painted Greek and Roman pottery dating between the 6th to 2nd century B.C. document the importance of Palagruža in ancient times. Particularly interesting is the discovery of precious ceramic fragments made in Athens at the end of the 6th century B.C. which refer to the name of Diomedes – the most famous Greek warrior beside Odysseus. How did these arrive on a small waterless island situated in the middle of the Adriatic? Well, it's presumed that after surviving the Trojan War Diomedes made his way to the Adriatic where he fought the Illyrians. The legend has it he was buried on Palagruža and Zeus, after the Illyrians killed his warriors, turned their souls into birds that still today guard the Trojan hero's grave.

What do the Diocletian Palace and Palagruža lighthouse have in common? 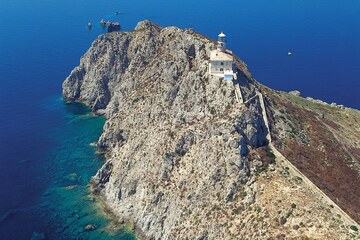 Built in 1875. on Palagruža Vela, the largest island in the archipelago, Palagruža lighthouse is the largest lighthouse on the Adriatic. In order to create a plateau on which the lighthouse could be built, the sharp peak of the island had to be mined. A stone-pit was opened on the island but since Palagruža stone is very hard and heavy, only the foothill of the building was made from it. The rest of the lighthouse was built with the lighter Brač stone renowned for also being used in the construction of the Diocletian Palace in Split. From the island of Brač the stone was transported by braceras, coastal cargo sailing vessels, and gajetas, traditional wooden fishing sailboats. After being unloaded from the boats, the builders had to carry it on their backs uphill to the top of the island at the height of about 90 meters. The lighthouse lantern, made in Paris all the way back in 1873. is still functioning today and in favourable weather conditions the light from the lighthouse can be seen as far as 26 nautical miles away.

Beauty and struggle of living on the Dalmatian islands 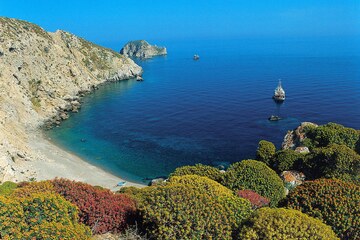 Situated approximately 42 nautical miles south-southwest of the island of Vis, the Palagruža archipelago was the main fishing ground for fisherman from the town of Komiža who every year had been holding a regatta between Komiža and Palagruža known as Rota Palagruzona. The outcome of the regatta was very important, not only because the winners were regarded as heroes and could select the strongest and most skilled fisherman for their crew, but also because they won the right to the best fishing areas around and the best positions for pulling the boat out of the sea on Palagruža. The first known regatta was held in 1593. being the oldest fishermen's regatta in Europe. Falkuša, the traditional wooden fishing sailboat used in these regattas was put on the UNESCO World Heritage List in 1998.. With the advent of marine engines the regatta lost its purpose and was not held until 2009., but that's a whole new story.