In the middle of the southern side of the island, at the very edge of a 70 m high steep cliff, overlooking the bay of Skrivena Luka, lies the lighthouse Struga. Offering a spectacular view of the open sea, the lighthouse building provides accommodation in four apartments for 2, 3, 5 and 5 persons. 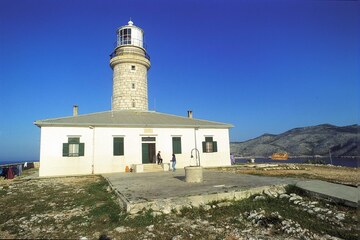 At the end of the 19th century, in the island surounding waters, a giant lobster weighted just under 18 kilograms was caught with a fishing net by local fisherman and sent to the Austro-Hungarian Emperor, Franz Joseph. He thanked them by returning a large trunk of coffee and sugar. In the 1950s, coral divers pulled out a coral weighing 45 kilograms at the same location. According to records, this is the largest coral tree ever pulled out of the Adriatic.

In the middle of the southern side of the island of Lastovo, at the entrance to the bay of Skrivena Luka lies the Cape of Struga where in 1839. the same name lighthouse was built. Lying at the height of 70 m, at the very edge of a steep cliff, the lighthose offers a splendid view of the open sea.

The total capacity of the lighthouse building is 15 persons, divided in four apartments for 2 - 5 persons. It is heated and open all year long. Magnificent views and easy access to the sea through the pine woods on the northern side of the lighthouse make Struga a very popular tourist destination.

A swimming area surrounded by pine trees, with deep waters, can be found at the bottom of the lighthouse driveway but you can also go for a swim on a rocky beach in some of numerous secluded bays where waters are relatively shallow and suitable for children. 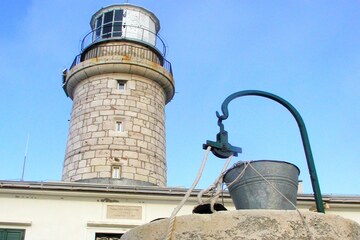